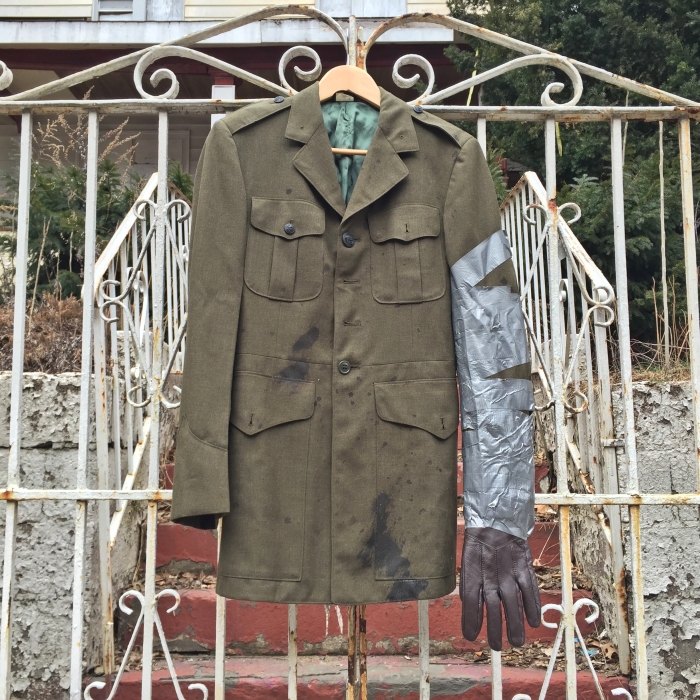 After spending so much time in the figurative and literal heat of war in Southeast Asia, U.S. Army Sgt. Marlo Thomas did not know what to expect when he came home for a long overdue leave. He did, however, assume being stateside meant a little peace and quiet. He was wrong.

There are many examples of improvised protective clothing from this period but the Thomas Bite Sleeve is one of the more audacious. It works on the premise that an infected person loses the ability to think laterally. That means no tool use and no complex maneuvers. They only exhibit variations of grabbing, holding down, tearing, and biting. If an infected gets close enough, simply shove the protected forearm in front of their face. They will immediately try to lock their jaws around the appendage, exposing their cranium to a fatal blow from, in Sgt. Thomas’ case, a common household hammer. 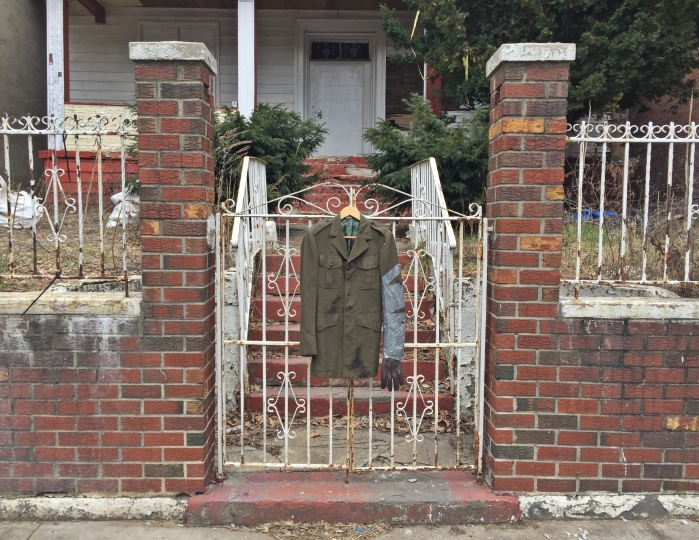 The design of the sleeve as well as its tactical use was informed by Sgt. Thomas’ experience as a dog trainer for the U.S. Army. An estimated 4,000 dogs were deployed during the course of the Vietnam War. Gunfire would have given away his position. But engaging the infected hand-to-hand meant he needed protection that did not impede his ability to move. Constructing a bite sleeve was easy. Fortunately, the bite force of a human, even one going through the rage phase of LYV321 infection, is negligible compared to an attack dog. So the sleeve did not have to be heavily padded and cumbersome.

The item currently on display is one of several coats altered by the sergeant personally. This one was made from his spare dress uniform. It is the one most commonly known to the public, having been displayed regularly by the Thomas estate beginning 1982.

Over the past few years, conspiracy theorists have called its authenticity into question, noting that the staining seems minimal. In response, Horatio Buboy, chairman of the Thomas Estate has said, “I don’t know what people expect. Just to be able to show it to the public, we had to deep clean that thing two or three dozen times over the years. Most folks don’t realize a blow to the head doesn’t have to be bloody to be fatal.”