Archeologists in 1952 were mystified to find 500 sandstone cones embedded in a baking pit in an 18th century Dismal River settlement in the Cedar Point Village, Elbert County in what is now Colorado. The pit descended three feet to a floor of ash and charcoal, as expected; many Plains Apache, or Kalth Tindé, people were known to use pits to bake cakes of smashed agave crowns. The cones, however, were unique to the area.

The diary of Alastair Wainsott, Scottish bookbinder and explorer, illuminates the Cedar Point discovery’s explanation: a particularly beguiling ancient ritual. In 1747, Wainsott visited the settlement and traded “1 hand pestle to grind flour for 1 set throwing knives,” and “grandmother Wainsott’s scone recipe, of which their chief is exceedingly fonde.”

So fonde, that the Dismal River chief commissioned another 499 pestles. The ultra-fine grit of the sandstone produced supra-fine flour. The precision pestles meant that each portion could reasonably be ground 500 times, resulting in a baked good that was “wind on the tongue, and boulders in the stomach,” according to a local herebefore mysterious proverb.

Wainsott was a brilliant businessman, inventor, and adventurer, but he did trade sand storm goggles for a half-broken palomino and had to crisscross the American West on foot. Hence, his fear of snakes and desire for throwing knives. In lieu of carrying his bound diaries, he stowed them in compartments across the badlands. Visitors to Denver’s Garden of the Gods in 1960 discovered a Wainsott diary when it shot from a spring-loaded drawer in the side of a red sandstone formation, scaring them half to death.

On 21 March 1747, the evening of the spring equinox, 500 Dismal River people pulverized wild wheat. Wainsott instructed them to grind the scone flour as if “twisting the cork from a liniment bottle.” During the first Rite of the Five Hundred-Ground Flour Pestle, the flour had ignited several times due to its extreme fineness, static electricity, and the exceedingly dry climate. 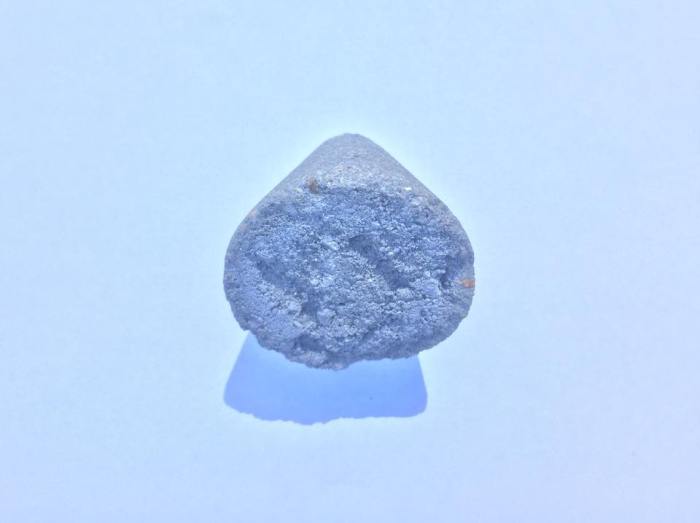 Note the pocked griding surface. This allows moisture into the air, decreasing the chances of the flour igniting. It is an imperfect solution.

The diary reads, “Mesquite embers did glowe orchre upon their faces, striped white with flour. I, Alistair Wainsott, veteran of the publishing industry and many adventures, trembled to hear them sing the Skye Boat Song as one. The scone flour flamed brilliantly in the mortars and sparked in the air around them when they brushed their fingers. It appeared as the tongues of fire on Pentecost, or pure magick.”